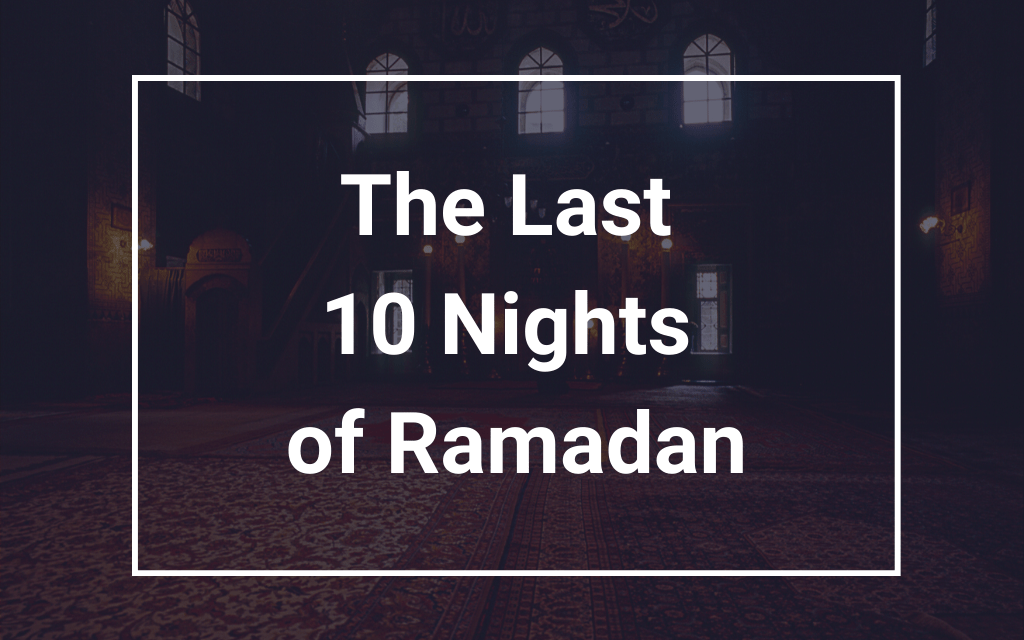 “when the last ten nights began Allah’s Messenger kept awake at night, wakened his family, and prepared himself to observe salah” [Sahih Muslim 1174]

Why are the last 10 nights so important?

Laylatul Qadr (The Night of Decree) takes place in one of the odd nights of the last 10 nights. Allah revealed a chapter in the Quran in honour of this night and described it as “better than a thousand months”.

The Prophet ﷺ said:
“Search for Laylatul-Qadr in the odd nights of the last ten nights of Ramadan.” [Sahih Bukhari, 2017]

What should you say in these last 10 nights?

This very question was on the mind of A’isha, the wife of the Prophet ﷺ. A’isha asked the Prophet, “O Messenger of Allah! If I knew which night is Laylatul-Qadr, what should I say during it?” And he instructed her to say:

O Allah! You are Most Forgiving, and you love to forgive. So forgive me. [Jami’ al-Tirmidhi, 3513]

Can I do I’tikaaf at home?

Whilst I’tikaaf can only be done in mosques, one can mimic the actions of I’tikaaf at home by secluding and confining oneself to a room engaging in acts of worship and Allah’s remembrance. This is called Khalwa (seclusion) and not I’tikaaf however, if one makes the intention of I’tikaaf they will be rewarded insha’Allah with what they have intended.

Can I leave the room of seclusion?

As this is not considered I’tikaaf you are not restricted to what a person doing I’tikaaf in a mosque would be restricted to such as not being allowed to leave the mosque and not engaging in conversation with others unless absolutely necessary. So you can leave the room you are secluding yourself in so that you are able to have Iftar or Suhoor with your family, and it is permissible to listen to a talk on YouTube and this won’t affect your seclusion insha’Allah.