Eid-al-Adhaa will be on Sun 11 Aug 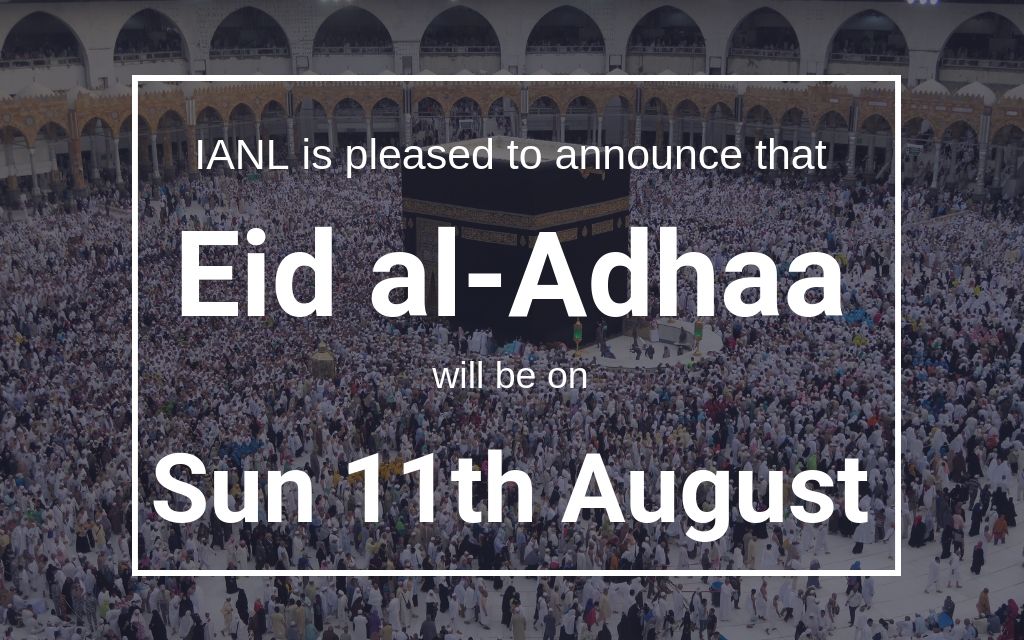 We are pleased to announce that following the Saudi official announcement Eid ul-Adha will be on Sun 11th August 2019.

The ten days of the month of Dhul Hijjah are great in virtue and it is from the Sunnah to increase in worship and good deeds; especially fasting on the Day of Arafah.

Abu Qutadah (ra) reports that the Prophet (salAllahu alayhi wasallam) was asked about fasting on the Day of Arafah. He said, “It expiates for the sins of the previous year and of the coming year.” (Muslim)

The Messenger of Allah ﷺ said,
‘There are no days on which righteous deeds are more beloved to Allah than these ten days (the first ten of Dhul Hijjah).’

They said, ‘Not even jihad for the sake of Allah?’

He said, ‘Not even jihad for the sake of Allah, unless a man goes out himself for jihad taking his wealth with him and does not come back with anything.’
(Bukhari)