We Choose Reconciliation Over Retaliation 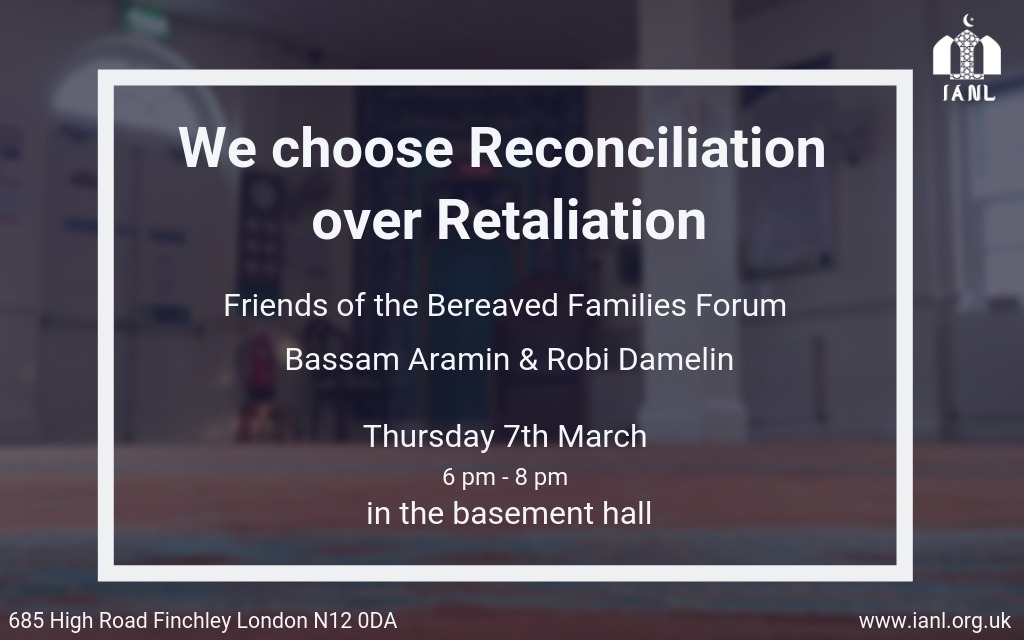 We Choose Reconciliation over Retaliation

The FBFF is committed to supporting the Bereaved Families Forum, a joint Israeli and Palestinian organisation made up of more than 600 bereaved families, all of whom have lost a close family member to the conflict. Instead of seeking revenge, they have chosen a path of reconciliation.

Bassam Aramin lost his 10-year-old daughter Abir in 2007
when she was shot in front of her school. He had
struggled against the Israeli occupation since he was 13
years old and spent seven years in Israeli jails. He now
devotes his time to the pursuit of Israeli-Palestinian
reconciliation and a non-violent end to the occupation.

Robi Damelin’s son David was shot by a Palestinian sniper
in 2002. David was studying for an MA in the philosophy
of education at Tel Aviv University and was an active
member of the peace movement. Since 2003, Robi has
been making use of her personal pain for reconciliation
rather than revenge.

Talk will begin shortly after Maghrib